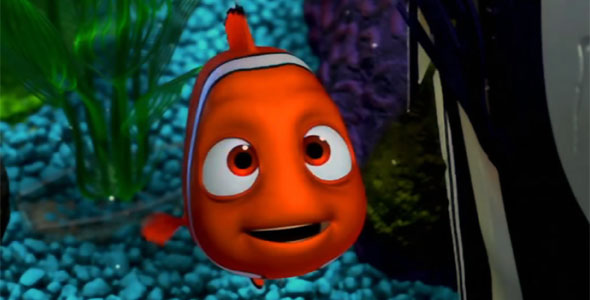 While it may come as a bit of a shock, fish have become a part of pop culture. Whether they hail from the ocean, stream, or pond, they have found their way into our films, our books, and our video games. They feature prominently on the silver screen and our television shows. Our kids love them, fear them and play with them. Fish are everywhere!

Nemo – In 2003, Disney’s Pixar Animation Studios released a film called Finding Nemo. The story was based in the ocean and centered around a Father-Son Clownfish duo that become separated. Nemo, the son, is a young Clownfish with a damaged fin. He is captured by a diver and taken off to Sydney, Australia, where he is placed into a marine aquarium with a group of other saltwater fish. Nemo receives horrifying news while trying to adapt to life in the aquarium. He is going to be given to the niece of the dentist who owns the aquarium, a girl named Darla, known for “shaking the bag” and killing the fish given to her as gifts. It is a touching film and Nemo is an excellent example of overcoming your disabilities. In order to escape his impending doom, he must break the filter of the fish tank, which requires him to overcome his difficulty swimming.

Kraken – The Kraken has seen a recent gain in notoriety with the appearance of the Pirates of the Caribbean films produced by Disney. The monstrous pet of Captain Davy Jones makes its grand appearance in the film Pirates of the Caribbean: Dead Man’s Chest, in which it eats Capt. Jack Sparrow and his beloved ship the Black Pearl in practically one gulp. Kraken are mythical sea monsters that have existed in Norwegian and Icelandic myth for over a thousand years. What truth there is in the existence of the kraken can be attributed to sightings of giant squid by sailors. While normally these creatures live in the oceans at depths of over 300 meters and up to 1000 meters. These monsters can supposedly grow to lengths of more than fifty feet!

Dory – Another character from the Disney film Finding Nemo, Dory is the likable blue surgeonfish with a short-term memory problem. Nemo’s father, Marlin, bumps into her while chasing after the boat that stole his son. Dory’s amicable nature endears her to the audience. She helps Marlin overcome his fears, learn to trust others, and let go of his need to control everything that happens in order to prevent tragedy. In the end it is Dory, not Marlin, who finds Nemo and re-unites the father-son duo, bringing the film to its conclusion.

Jaws – A more modern terror of the deep, most people know of Jaws even if they have not seen the films or read the book. The Great White Shark in the films and books invades the small town waters of Amity, wreaking havoc and destruction as he chomps his way through men, women, and children. He is virtually indestructible and has a penchant for dramatically rising out of the water. In the end, the sheriff of small town of Amity destroys the behemoth by blowing up a gas canister that the unwitting shark had decided to take a bite out of.

Flounder – Flounder is perhaps one of the more uncelebrated celebrity fish. He was Princess Ariel’s best friend and companion, but his part in her story is often overshadowed by the more vivacious personality of Sebastian the crab. Flounder is a small flounder fish who tries to be brave and keep up with the constantly-in-trouble Ariel. Though he is small, it is in Ariel’s greatest moment of need that Flounder comes through in a shining example of friendship. Unable to swim herself, he pulls the princess through the ocean to the boat where her true love Prince Eric is going to marry the sea-witch Ursula. Flounder is a shining example of friendship and overcoming your fears in order to help others!