The ability fish have to stay beneath the currents and breathe captivates and fascinates. How is it that they never have to come up for air while all mammals, including whales and dolphins, have the desperate need to exchange their held breaths for fresh air? What purpose do gills serve? It is because of their gills that fish are able to breathe? Do fish even breathe oxygen, or do they breathe water?

Before you can examine how a fish breathes, however, you must understand what a fish is. A fish is not a mammal and as such does not require atmospheric oxygen like we do… with one exception: the labyrinth fish. Fish are cold-blooded vertebrates, meaning they have no internal temperature control and their skeleton is found inside their skin, unlike bugs whose skeleton is found on the outside. Fish are found exclusively in water, so you won’t see them on land unless they’re safe in a fish tank. Because they live their entire life in the water, they have special organs that help them to breathe. Do they breathe oxygen? Absolutely, it is just different than the atmospheric oxygen that we breathe.

All fish follow the same basic steps in breathing. Fish breathe by inhaling water through their mouths and pumping it out of their gills. The gills of a fish are quite fascinating and play a critical part in breathing. The outer portion of the gills is called the operculum and it plays in harmony with the mouth; when the fish’s mouth is open, the operculum is closed, but then the mouth is closed, the operculum is open. This helps to create a good vacuum when breathing and forcing water over the gill rakers.

The gill rakers are an important part of the breathing process. They filter the water before it reaches the gill lamellae, removing any random particles of food or dirt that have gotten mixed into the water while the fish was inhaling.

The gill lamellae are critical in helping fish breathe. These small, comb-like filaments are covered in tiny capillaries. They give the gills more surface area with which to absorb oxygen. These filaments are very delicate, allowing water to move smoothly in and out of the gills and makes the gill rakers so important. If a random food particle smashed into the lamellae it could cause a lot of destruction and make it difficult for the fish to efficiently filter oxygen from the water. The small capillaries filter out the oxygen and carry it into the blood stream just like the capillaries in our lungs do! The used water is then pushed back out through the operculum and into the tank or ocean. In a system such as a fish tank it is important that something like an air stone is used to constantly re-oxygenate the water or the fish will suffocate!

Labyrinth fish must also be discussed as they are a common aquarium addition and have additional needs. The labyrinth organ is found on the top of the head and is critical in helping these fish breathe. Fish with a labyrinth organ, such as Bettas, must have access to the surface of the water. While they breathe regularly through their gills, they will suffocate if they do not have access to atmospheric oxygen as well. 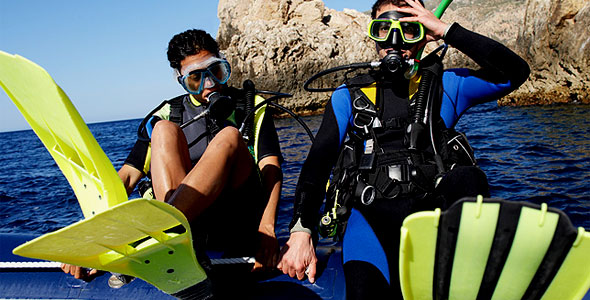