A bright addition to any aquarium, Tetras are small freshwater fish that share a family with other famous freshwater fish such as piranha. This is a hardy and easy to keep species of fish that is often brightly colored and brings a flash to any home aquarium. In fact, Tetras are often considered the ideal starter fish as they are perfect for beginners. They can grow up to five inches in length, but most are about an inch. Tetra prefer to school, so a minimum of five is recommended. The tail of a Tetra is forked, with both the top and bottom being equal in size. The dorsal fin is considered to be a little small for the size of the fish. The name Tetra comes from the Greek word for “four” and was given to these little fish because of their four unpaired fins: the caudal fin, the dorsal fin, the anal fin, and the adipose fin. Perhaps because of their small size, Tetras are very wary and will hide when they hear people coming. They possess a chemical warning system that lets them know if any member of the school is sick or injured and this may cause them to hide out of site at all times.

Neon Tetra – Perhaps the most common and popular aquarium fish, this small silver fish sports a long silver-blue stripe down its body, and a thicker red stripe beneath that stretches about half-way down the body to the tail. Like most Tetras, it thrives in large schools of six or more.

Black Tetra – The Black Tetra, or Black Neon Tetra, is also a small silver fish with two “racing” stripes, one silver and one black. These two stripes extend the entire length of the body, beginning just behind the gills and ending at the tail. The white stripe is thinner and sits above the thicker black stripe. They are perhaps not as flashy as the Neon Tetra, but they still make an excellent addition to any freshwater aquarium.

Cardinal Tetra – Though they could easily be mistaking for their cousins the Neon Tetra, Cardinal Tetras do differ in coloring. While the Neon Tetra sports stripes on a silver body, the Cardinal Tetra appears divided in half- the top half blue and the lower half red. They make a stunning picture as they swim in schools through open aquarium waters.

GloLite Tetra – The GloLite or Glowlight Tetra has a small silver body with a single, bright orange stripe that stretches from their forehead all the way back to the base of the tail.

Bleeding Heart Tetra – The Bleeding Heart Tetra is perhaps one of the most interesting fish to look at, both for children and adults. This small, pale colored fish seems to be translucent and shows one red stripe leading from behind the gills to the tail. Most interestingly, however, is the small heart-like blotch of red that is located where many would assume the small heart of a fish to actually be located.

Tetras are considered the ideal beginner fish because of their hardy nature and easy-going care requirements. Because they are a schooling fish, Tetras tend to get along with everyone else in the tank while providing lots of color and entertainment. They are best kept in large schools and different species of Tetras can be kept together without much trouble. These fish often hail from the warm waters of South America and prefer warmer waters to cold aquariums. The ideal pH for a tank with Tetra’s is 6.0 -7.0.

The Tetra is an omnivorous fish, which means they’ll eat pretty much anything. Whatever you feed your other fish, Tetra’s will be happy to nibble on as well. It is more important to ensure that the food particles are small, however, as Tetra’s have small mouths. Flake food, blackworms, mosquito larvae and daphnia are also fun treats your Tetra may enjoy munching on. 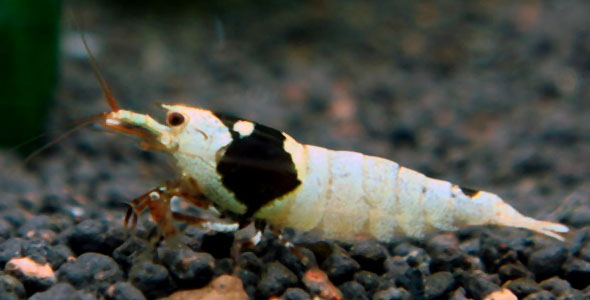